The following week after his recent solo exhibition at Umubano hotel in November, I went to meet with Epa Binamungu, now sixty-two, at his workstation in Masaka, thirty-five (if not less) minutes of drive from downtown Kigali.

I had always promised myself, since the years of high school, that I would, one day, go to see his artworks. But this time, it turned, I was not just going to see the paintings but to explore his deep universe and what makes him such an important figure in Rwandan contemporary arts—and surely the country’s leading painter, or (visual) artist, I should say.

As a keen supporter of art and creation, I got moved by his work and dedication. And his Inganzo Arts Centre, which opened on Saturday, 17 December 2016, is proof of tireless commitment and how far he’d go to protect his passion, work to create a unified community, and invest in sustaining artistic substance. The centre comprises, mainly, of a gallery, workshop and training area, a beautiful garden with a camping site and an events space, and a replica of a the king’s traditional house. 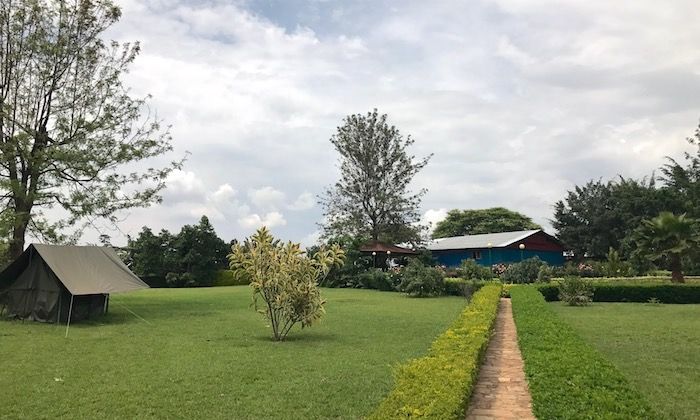 In late-September, on the evening of the 23rd, Epa led a group of twenty-five (mostly young) painters in a collective exhibition, which also featured a premiere of “In the eyes of the artist”, a documentary film on visual art in Rwanda. His vision is to see these artists, and others from the region, find a home where they engage in activities that foster collaboration and keep touch with their instinct.

Mr. Binamungu’s dream, and what Inganzo Arts Centre stands for, is unbeatable. I cannot wait to see what the arts centre—result of a seed planted five years ago—will bring to his life and its role in giving our visual artists a sense of direction.

Have something to add to this story? Write to editor@Kigalian.com.

What Does Agaciro Mean To You?

A Last-Chance for Salax Awards